The coastline of Santorini is not very extensive, it has a length of just around 70 kilometres, but in return is not interchangeable with any other Greek island. The character of the coast is given primarily by the volcanic activity in this region. The beaches are mostly dark-coloured, covered with volcanic sand or pebbles and washed by crystal clear water. 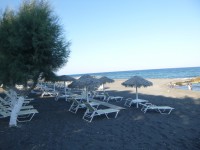 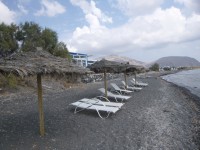 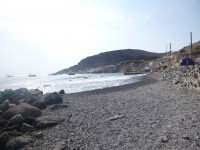 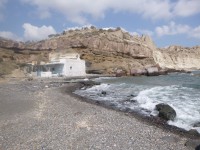 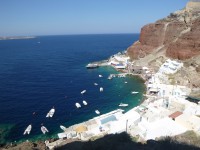 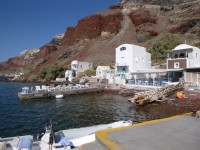 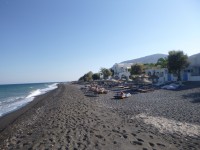 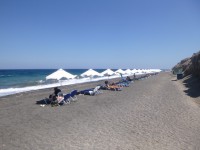 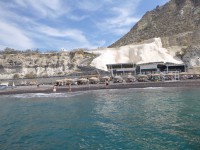 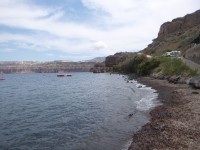 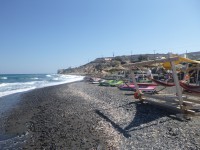 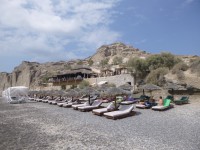 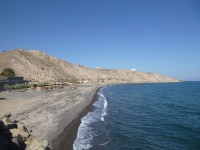 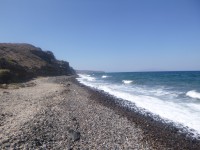 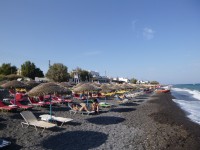 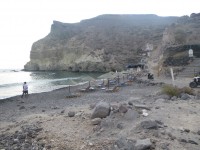 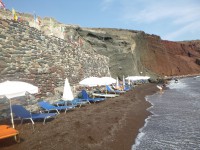 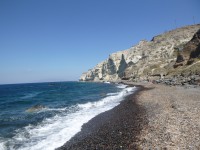 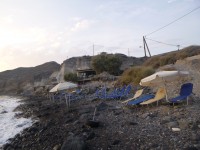 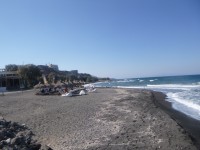 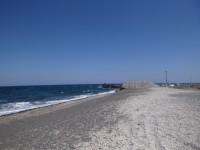 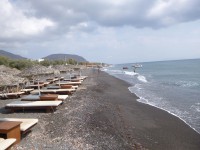 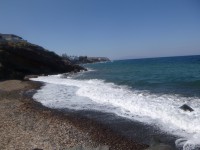 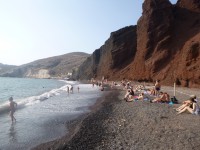 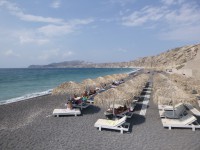 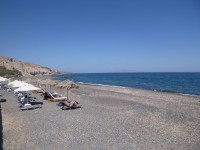 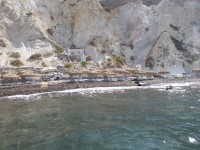 For Santorini, especially dark-coloured beaches covered with volcanic sand or pebbles are typical, but we can find here also beaches having much different colour. For example, the very famous and favourite Red Beach and White Beach or the lively beach Perivolos, which is also called Black Beach. Another Black Beach stretches itself on the south coast of the island.

There are rather less beaches on Santorini because very often high steep cliffs are rising directly from the sea and just a part of the coasts are beaches. The most visited beaches are on the south and east coast, where also the two main holiday resorts, Kamari and Perissa, are located. Both resorts have a long beach of the same name - Kamari and Perissa, belonging to them, which are separated by the Mesa Vouno mountains. The beaches of Perivolos and Vlychada are very nice as well.

On the island, it is possible to find even smaller and calmer beaches, ideal for vacation with little children, where you can have your little sweets permanently under control - for example Mesa Pigadia Beach or Monolithos Beach (having also a playground for kids). If you need even more privacy then focus on the northern part of Santorini, where you can stay on the empty Cape Columbo Beach or also the empty, but a little windy Paradisi Beach.