Crete is the biggest and most populated Greek Island with a total population of over 600 000 inhabitants, which is increasing during the summer season by approximately the same amount. The capital city of Heraklion and the cities of Chania or Rethymno attract their visitors above all by their impressive historical sites, when the holiday sea resort of the three villages of Hersonissos, Stalis and Malia represents the biggest tourist centre on the island. There are many beautiful cities and villages on Crete, so let┬┤s find out more about them. 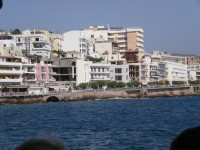 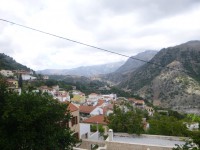 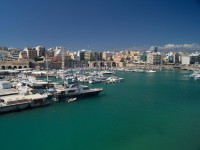 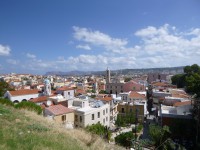 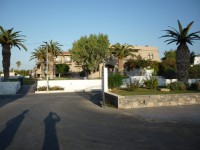 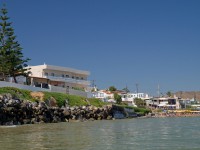 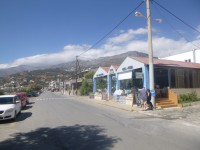 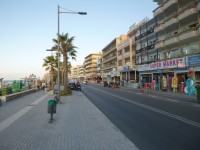 For administrative purposes the island of Crete is divided into four regional units (also provinces or prefectures) - Chania, Rethymno, Heraklion a Lassithi.

The westernmost prefecture is Chania with the capital city of Chania. This beautiful harbour city is the second biggest city of Crete, it has an own international airport and its harbour is an important traffic hub and also a lively social place. The historical part of the city is an exhibition of the history of Crete, as there are sights from the Minoan as well as Venetian and Ottoman period.

The north coast of the province is very touristic and except Chania, there are several other beautiful resorts ŌĆō for example the sea resort of Kissamos, surrounded by a little wild and harsh nature, the Platanias resort, which is more lively and creates together with the neighbouring resorts of Agia Marina and Stalos the biggest tourist centre of this part of Crete or the calm Kato Daratso resort, considered to be a suburb of the city of Chania, but still keeping its tranquil character.

The nice experiences from these resorts is completed by the enjoyable beaches, the rest of the prefecture remains either calm. People that come to visit Chania are mostly lovers of natural monuments who want to hike through one of the longest and deepest European gorges Samaria or the significant Cretan mountain range Lefka Ori (or ŌĆ×White MountainsŌĆ£).

Further to the east follows the regional unit of Rethymno with the eponymous capital city of Rethymno. This province focuses very much on tourism, what show the beautiful tourist resorts with many historical sites, mostly from the Venetian period, located here. The city of Rethymno is an ideal place for history fans, who can visit and explore the ruins of the big Venetian fortress Fortezza or its beautiful Venetian harbour with a lighthouse. The city was able to combine history with modern tourism services and the result is a very nice holiday place.

The city is surrounded by several smaller sea resorts, which are either calm but nevertheless good equipped as for example Adelianos Kampos, Sfakaki or Skaleta. All of them are located in the long bay of Rethymno and attract their visitors especially with the beautiful sandy beaches. It is also good to know that the bay of Rethymno (as many other places in Greece) is a protected area where the sea turtles caretta-caretta lay their eggs into the sand.

Those, who would like to visit also the south coast of this part of Crete, may like the resorts of Agia Galini, Plakias or Damnoni. Agia Galini is a small picturesque village with many touristic services. Its characteristic signs are the sculptures of Daedalus and Icarus, which can be seen in its harbour. The tourist centres of Plakias and Damnoni are located on the coasts of the eponymous bays of Plakias and Damnoni, where the visitors can enjoy their time and relax on long sandy beaches.

The Rethymno prefecture is a quite mountainous region. The inland is made by the Ida mountains with the highest peak of Crete Psiloritis (2 456 m). The mountains on Crete have many caves, especially the stalactite caves are very famous and often visited. Two of them (Dikteon Andron & Ideon Andron) even have a mythical past as the highest Greek god Zeus was born and grew up here according to the Greek mythology.

The most touristic region is the province of Heraklion. Crete has a population of around 630 000 inhabitants, of which a quarter are living in the capital city of Heraklion. Heraklion (or Iraklio), which is the most visited city of Crete, became its capital city in 1972 (until that time the capital city was Chania). It is an important economic centre of the island. The city has a big harbour and an international airport. Modern services and good backgrounds for the tourists are a matter of course here, but you can also just walk through the historic part of the city and visit one of its biggest historical sites, the Rocca al Mare fortress. Not very far from the city, approximately 6 km to the south, the biggest archaeological site of Crete Knossos, where the ruins of the ancient Minoan palace and buildings can be seen, is located.

East of the capital city lies a big and lively holiday resort of three villages of Hersonissos, Stalis and Malia, which is providing its visitors all necessary for an undisturbed vacation from many various accommodation units, tasty taverns, night bars and music clubs to nice beaches and water parks. Between this resort and the Heraklion City we can find a long strip of smaller sea resorts of Kokkini Hani, Kato Gouves, Analipsi, Anissaras. They all have a similar calm character, are good equipped and washed by crystal clear water.

To the most favourite tourist destinations on the south coast of the prefecture of Heraklion belong for example the resorts of Kalamaki and Matala, which are located on the coast of the Messara Bay. Except spending the time of your vacation pleasantly on the local beaches or in the fish tavernas, you can also see some historical places as there are three archaeological sites of two another Minoan palaces of Agia Triada and Phaistos and a significant Roman city of Gortyn close to the resorts.

The inland of this part of Crete is not as mountainous as its other prefectures because it lies between two mountain ranges ŌĆō Ida and Dikti Mountains, but on the other hand, the biggest Cretan plain of Messara is stretching out here.

The easternmost prefecture of Crete is Lassithi, with the capital city of Agios Nikolaos. It is the only prefecture, that is not named after its most important city, but after the famous Lassithi Plateau, which is stretching out in the middle of the Dikti mountains. Another mountain range of the province are the Tripti mountains, located in its eastern part. The prefecture in general is either dry and has a low rainfall, some regions of the prefecture are even similar to desserts.

The Lassithi Province is not as touristic as the prefectures of Heraklion, Chania and Rethymno, but also here we can find very beautiful and nice holiday resorts. A favourite holiday destination is the coastline of the Mirabello Bay with the harbour city of Agios Nikolaos and its neighbouring resorts of Elounda and Ammoudara and also the very warm south coast of Lassithi Prefecture, where the big city of Ierapetra and calmer resorts of Koutsounari, Agia Fotia ─Źi Makrigialos are located.

The modern and lively city of Agios Nikolaos is an exhibition of luxury hotels, restaurants, cafes and all sorts of night bars and music clubs. The daily life of the city takes place in the harbour, at the seafront of the Voulismeni lake. In the north, along the coast of the Mirabello Bay (which is also called the ŌĆ×Bay of the richŌĆØ) another luxury sea resort of Elounda is located, of which right opposite the small Spinalonga Island with the ruins of a Venetian fortress is lying in the sea. There is also a smaller resort of Ammoudara situated in the bay. At the northeast outcrop of Crete we can find a very beautiful little harbour city of Sitia, which can be easily discerned at the first glance from the other cities, because of many small white houses, covering the its slopes.

The south east of the island belongs to the warmest regions of Crete and you can indeed feel the closeness of the hot African air here. The biggest resort of Cretan south coast and the most populated city of the Lassithi Prefecture is the city of Ierapetra. This part of the island is an important agriculture region with many greenhouses and foilhouses. The coast that is surrounding the tourist centre is covered by many much smaller calm resorts and not very far from here, we can see a small islet called Chrissi in the sea often visited for its beautiful white beaches and azure blue water.

The biggest Cretan cities including Heraklion, Chania and Rethymno are located on the north coast of the island. Although the cities were founded in the ancient Greek era, their main heyday occurred later during the rule of the Venetians and Ottomans. We can see many typical architectural elements on the buildings from these periods. In fact, many cities and villages of Crete were influenced by the Venetian and Ottoman domination and fortunately, a lot of historic sites of these times including castles, stone bridges, churches and mosques remained preserved until today.

On the contrary, the traditional mountain villages, more isolated from the other places, are characterized by stone houses with red roofs, narrow streets, blooming gardens and small squares, always situated in the heart of the village.

The beautiful preserved Cretan villages often have deep roots in the history. Here, the traditions and habits are naturally kept alive and transmitted to the next generations. If you want to get to know closer the true Cretan culture and temperament, leave for some days the big touristic centres and take a trip to calmer and hidden parts of the island.