The history and architecture of the Greek island of Crete was influenced by several significant civilizations and nations, whose traces can be seen here until today. To the most famous sights of Crete surely belong the wide archaeological site of Knossos and the capital city of Heraklion, a very beautiful city with an many historical places. 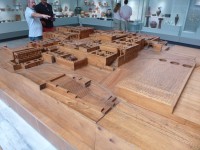 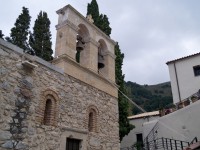 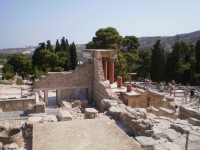 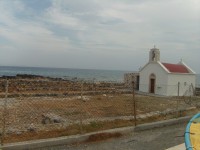 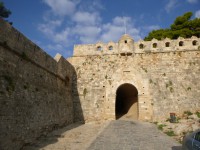 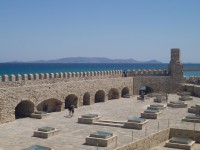 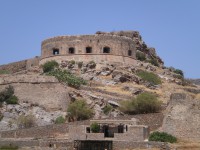 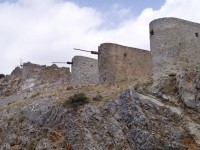 Windmills on the Lassithi Plateau

Crete and the Minoan Palaces

The first significant civilization that settled down on Crete and which is considered to be the first advanced civilization of Europe was the so-called Minoan Civilization. The oldest traces of the Minoans on Crete are from the 3rd millennium BC, but the biggest rise of the culture occurred around 2000 BC, as the first royal palaces were built. The archaeological sites of the Minoan palaces remained well preserved until today and they are a big pride of Crete, especially those from Knossos, Phaistos, Malia and Kato Zakros.

The biggest of the royal palaces was Knossos (in its time called â€žThe House of the Double Axeâ€œ) and its ruins can be found near to the capital city of Heraklion. The palace was probably the political and administrative centre of the Minoans. The extensive palace complex of buildings, courtyards and corridors was discovered by the British archaeologist Arthur Evans, who began with the systematic archaeological excavations in 1900. The Greek mythology even has a legend connected to Knossos, after which the feared Minotaur, a creature of human body and head of a bull, was imprisoned here.

The second biggest and the oldest Minoan palace at the same time was Phaistos, located in the south of Crete and it was the most important city of the southern part of the island. During the excavations in 1908 the famous â€žDisc of Phaistosâ€œ was discovered here by the Italian archaeologist Luigi Berner. The disc was made out of fired clay and covered by hieroglyphic signs. Around 4 km from the palace of Phaistos the palace of Agia Triada was located in the past, which is believed by some archaeologists to be the real home of the kings while Knossos served as the main administrative and cultural centre, wherefrom the island was ruled over.

The ruins of the third biggest palace of Malia were discovered east of Heraklion, close to the todayÂ´s Malia resort. During the excavation, also several tombs were found, whereas even a piece of jewellery, having a shape of two bees carrying a drop of honey, was placed in one of the tombs. The foursome of the palaces is completed by the Kato Zakros palace, situated in a beautiful barren landscape at the east coast of Crete. Its well-preserved ruins are still being explored as the archaeologists often find interesting artefacts from the daily life of the Minoans.

Roman and Byzantine sites on Crete

In the central part of Crete, not far away from the palaces of Phaistos and Agia Triada, another interesting archaeological site of the Roman city of Gortyn can be visited. The city of Gortyn began to develop already in the Minoan period, but its biggest heyday came in the Hellenic-Roman period, when Gortyn became the capital city of Crete. In the fenced area of the archaeological site, the Roman Odeon with the so called "Gortyn Law Code" carved into the stone blocks of the building and also the Byzantine church of St. Titus are situated. Outside of the fenced area a little Roman amphitheatre and a bath can be seen. The whole place is surrounded by olive trees, where some of them are even protected because of their high age.

Gortyn was one of the main places of the Christianization of Crete. The early Christian church of St. Titus was built in the 6th century and carries the name of St. Titus, the first bishop of Gortyn.

Another prosperous and lively Roman city was Olous, which is sleeping under water today, close to the Spinalonga peninsula. Probably because of the gradual descending of the east Cretan land, the city was slowly flooded by the sea and its ruins can be observed by snorkelling or scuba diving.

Venetian and Ottoman sites on Crete

Heraklion (or Iraklio) is the capital city of Crete and belongs to places, which should definitely be visited if somebody is travelling in or through the central part of the island. As most of the important Cretan cities, also Heraklion got its todays look during the domination of the Venetians, who ruled over Crete from 1204-1669. The most significant historic sites of the city are the Venetian harbour with the Koules fortress, the beautiful and well-preserved city walls or the famous Lion square. In the time of the Venetian cultural heyday, the famous Renaissance painter El Greco was born here.

During your stay in the capital city, it is worth to visit the Archaeological Museum of Heraklion, where the artefacts from all the important historical sites of the island are collected. Especially valued is the big exposition showing the life of the Minoans on Crete.

After the long Turkish siege in 1669, Crete got under the influence of the Ottoman Empire. The Turks established Chania as the new capital city of the island. This remained until 1972, when Heraklion became the capital city. Chania is a very beautiful city which is worth to be walked through by foot. Nice roaming on the romantic streets, observing the defensive walls from the 16th century or shopping at the historical market and harbour are just a few options how to spend the time here.

Halfway between Chania and Heraklion a very nice historical city of Rethymno is located, which represents a combination of the Venetian and Ottoman architecture. The city was found in 1204, after the island was conquered by the Venetians and therefore the most of its building were built in the Venetian style. However, also the Turkish architecture can be seen here, as for example the Neratze Mosque with a typical high minaret.

In Rethymno we can find one of the biggest fortresses in whole Greece. The Fortezza fortress was built already in the 16th century for a better protection of the city. It has a shape of a star and was good organized and elaborated, but despite that, its protecting possibilities were quite limited. A very proud memorial of Cretan resistance against the Turks in Rethymno is the Church of Four Martyrs.

The most famous symbol of bravery and resistance of the Cretan people against the Turkish occupation is the Arkadi Monastery, where a big tragedy occurred in 1866. The Greeks, who were seeking refuge in the monastery, decided rather to sacrifice themselves by blowing up barrels with gunpowder than to surrender to the Turks. 943 Greeks, mostly women with children as well as monks and fighters died.

Another well-known Venetian fortress is the fortress of Frangokastello from the 14th century, which is located at the south coast of Crete. One of the oldest fortresses on the island is very popular among the fans of mysteries, because of human shadows of single persons as well as of whole groups of horse riders walking on the coast and also around the fortress, that were allegedly seen near to the fortress several times. These strange shapes are known as â€žDrosoulitesâ€œ.

Interesting buildings from the Venetian period are also the big windmills. Some of them can still be seen on the Lassithi Plateau, where they were used for groundwater pumping and for irrigation of the local fields in the past.