To Greece by car 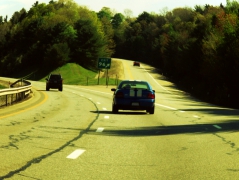 Traveling to Greece by car is not a thing for everyone. However, if more people need to save money or if you are an adventurer, who likes to travel by car then why not? Driving to Greece can be quite difficult, but it also has a number of benefits. You can, for example, stop the car anytime to enjoy a wonderful scenery or to eat in a sympathetic road house. You will highly appreciate the car, escpecially by planning trips to sights and interesting places in the surroundings.

By plane you will be there approximately in two hours and it will cost you around 240 Euro. It sounds good, but it is not the whole truth as the price of plane tickets usually is quite high in case of a family vacation. Often you live in a different city and have to travel to the airport, where you generally have to be 2 hours before the departure. Unfortunately, it might sometimes happen, that on the way to the airport, you get stuck in a traffic jam, what can extend the duration of driving there (up to 3 hours) and in the worst case, you even could miss your flight because of that. The flight itself takes around 2 hours and after the landing in the destination, you have to get from the airport to the hotel, where it also can happen, that you will have to wait until your room is ready (sometimes up to 4 hours). If we count together these hours, sometimes full of stress, the result can be 11 hours on the road. Compared to that, 16 hours, spent in a car, must not be so bad, but also this option has some pitfalls.

It depends on to which part of Greece you want to go. It takes about 15 - 16 hours to drive to Chalkidiki, a classical destination, that people often visit by car. But only with quick stops, ideal traffic, trouble free car and a good rested driver or rather two of them, switching themselves at driving.

We are driving to Greece

For entering Greece, you will need a valid passport. Sine 2004, the residents of Czech Republic can enter and remain in the countries of the European Union, including Greece, using also a valid ID card (we talk about cards with machine readable datas). There is no minimal validity of the document required, but it has to be valid during the stay in the country.

Czech drivers can use their valid national driving license for the driving in Greece, as, since 2004, the international one is no longer required by the greek authorities. Except the driving license you are going to need also a vehicle registration certificate and the Green card (proof of liability insurance)

As far as road traffic rules are concerned, they are the same as in Czech Republic. If you ask about "alcohol at the steering wheel", you should know, that the¬†maximum drink driving limits in Greece are 0,2 g/L for commercial and novice drivers and 0,5 g/L for the standard ones. By not following these alcohol limits or other road traffic rules, you can be fined heavily.

Special attention should be paid to the increased traffic during the main tourist season especially to the high number of motorcycles and quad bikes, which are very much used by the holiday makers.

The prices of fuel are usually higher on the highways than on the roads or cities, therefore it is not bad to try to plan the fuel stops in advance and not to leave it to chance. You also should have a plan of the rest stops, with at least one place, where you coud sleep in case of a big tiredness (It is better to arrive later than not at all, everybody can get very tired of such a long driving).

The travel insurance for staying in Greece is individual, but keep in mind, that on the way there, you have to cross many other countries (according to the choosen route). For this reason, an extra insurace should be made for every single crossed country. And not least, remember to have an assistance service insured, so that your "darling" can get towed back home in case of an unpredictable situation.

← To Greece by plane
back