Basic information about the city of Athens 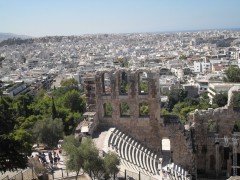 Athens is the capital of Greece and a popular tourist destination worldwide. It is located in the south of the Balkan Peninsula on the mainland of Greece, specifically on the Attica Peninsula. Athens is one of the cities with the highest population density.

To learn more about Athens, read our other articles:

And take a look at the map of Athens to help you find your way around the capital.